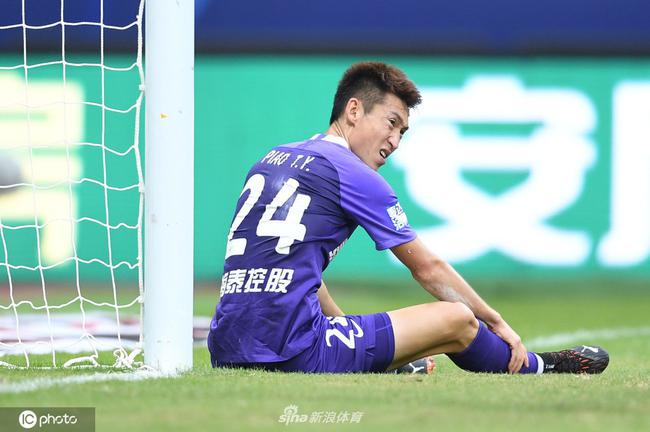 News from our newspaper (Reporter Zhao Rui) In the final round of Group B in the first stage of the Chinese Super League yesterday, Tianjin Teda pressed Wuhan Zall to attack the entire game, but failed to break through the opponent’s goal. A missed opportunity for a penalty kick. In the end, the two teams shook hands 0:0, and TEDA's wish to "return to Tianjin with a victory" fell through.

Ahmedov did not enter the competition squad and missed the last practice before the game. It is understood that Aiha is not a serious problem, but the thigh muscles are tight, so as to be safe, let him rest completely in preparation for the second stage of the game. Teda's condition is really unbreakable, and any disturbance will stimulate the team's nerves.

In TEDA’s starting lineup, the back line was suspended because of Zhao Honglue’s Su Yuanjie, and the rest of the players were the same as in the previous game; the midfielder reactivated Zheng Kaimu and Guo Hao to partner with double midfielders, Hui Jiakang and Piao Taoyu left and right; Che Shiwei And Achimpont served as the double arrow. Judging from the performance of the two teams on the field, TEDA obviously has a stronger desire to win than Zall. Although the possession rate is lagging behind, the offense is more determined and active.

TEDA hit the bottom of the drow defense several times in the first half, but had no choice but to attack and thunder without raining. In the second half, TEDA attacked after several high-level presses. In the 55th minute, Che Shiwei stopped the ball in the penalty area and was brought down. VAR intervened. After 5 minutes of verification, the referee awarded TEDA a penalty. Regrettably, Achim Peng kicked the ball away, and I have to say that TEDA's "point" this season is too back, and the referee also came to comfort him. One minute later, "A7" faced the opponent's goalkeeper and shot it over the crossbar. In the 81st minute, he single-handedly scored the ball, but the offside was invalid. The last ten minutes of the game was almost a half-time offensive drill for TEDA. Even if he saw the lack of a point-grabbing striker, Wang Baoshan did not replace Lima and Xiao Zhi on the bench.

After the game press conference, Wang Baoshan's words lacked organization and coherence, and even some of the forewords were not followed by words, which may reflect that his heart is also messy-how to use two weeks to make the lineup more mature? How to boost the military spirit? Even how can we get rid of the "all kinds of unsatisfactory" that follow me? The series of question marks were overwhelming. Wang Baoshan said that TEDA has a positive side: first, physical fitness has improved a lot; second, the next stage of training personnel will become tidy, and all staff should participate.

In another game at the same time, Beijing Guoan beat Yongchang 4-0. In the end, Zall won the fifth place in the group and Yongchang sixth. In the second round of the first two rounds of the game, TEDA played against Shenzhen Kaisa. The match time was October 16th and 21st. In the second stage, the home and away goals are not counted. The two-round draw will enter overtime, and the draw will enter the penalty shootout again. If TEDA can defeat the Shenzhen Football Club and succeed in relegation, it doesn't matter who you meet in the second and third rounds. If the first round fails, the second round of the two rounds will face the loser in the match between Yongchang and Dalian, on October 28 and November 2. Winning this round is also a success in relegation.