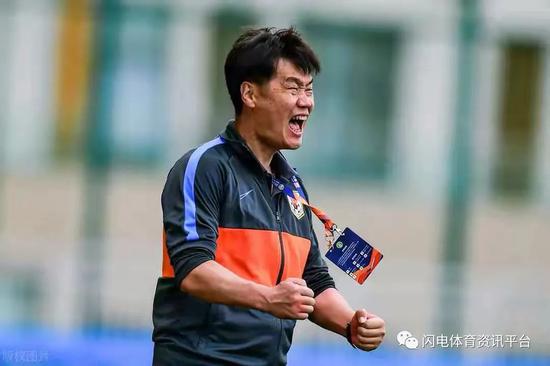 The whole team of Shandong Luneng is enjoying a rare holiday. Starting from September 28th, the team has a holiday. According to a reporter from Shandong TV Sports Channel, in order to prepare for the second stage of the Chinese Super League championship competition, the Luneng team will regroup at noon on October 5th, and the team will resume training in the afternoon. However, the five nationals in the team, Hao Junmin, Liu Binbin, Guo Tianyu, Wu Xinghan, and Jin Jingdao, will return to the team due to their participation in the new national football training session in Shanghai.

The second stage of the Chinese Super League championship competition, every game is a life and death battle, which will be a big test for Luneng. On October 17th and 22nd, there was a two-round confrontation with Guoan. If Guoan is defeated, Luneng will have the opportunity to attack the first two or even the champions. Once lost to the opponent, Luneng can only participate in the 5-8 qualifying.

It is reported that the Luneng Taishan team will have a warm-up match with Tianjin TEDA in the near future, but the specific match time has not yet been determined. Before, after consultation with Shijiazhuang Yongchang Football Club and the players themselves, Liu Chaoyang and Zhao Jianfei were loaned to Shijiazhuang Yongchang in the second phase of the 2020 season.

In addition, the Botafogo Club issued an announcement announcing that former Luneng assistant coach Fabio was appointed as the team’s assistant coach. Fabio, who was delayed at home due to the epidemic, finally re-employed.