On September 27, Beijing time, Xinhua News Agency published an article "Prevention and Control of the Chinese Super League Epidemic, Strict and Strict and Admirable", which summarized the first stage of the epidemic prevention work in Dalian. 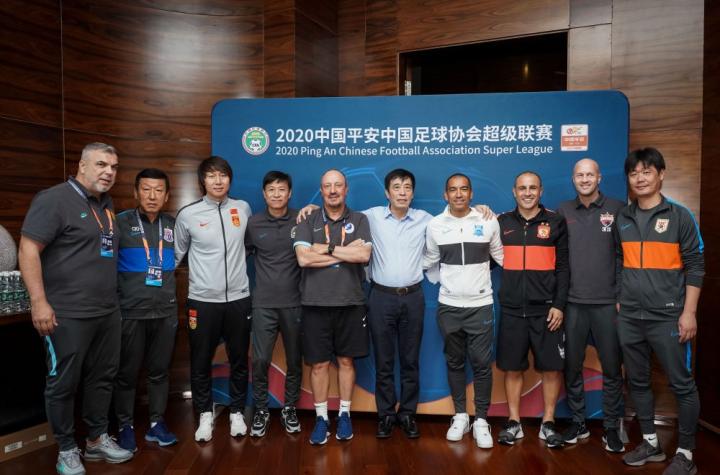 As of September 27, a total of 12,089 nucleic acid tests have been conducted in the Dalian Division of the Super League. These included two tests conducted by the Chairman of the Chinese Football Association Chen Xuyuan and the men's football coach Li Tie on the 21st.

On the same day, Chen Xuyuan and Li Tie arrived in Dalian. In strict accordance with the epidemic prevention requirements of the Chinese Super League, the two first conducted nucleic acid testing and isolation in the "Green Zone" of the Dalian Football Youth Training Base. They were not allowed to enter the "blue zone" of the team's residence, training, and competition until the nucleic acid test result was negative, a core area protected by strict anti-epidemic measures, and staying in 8 Chinese Super League clubs next to the Dalian Stadium The Crowne Plaza Hotel where the team stayed. 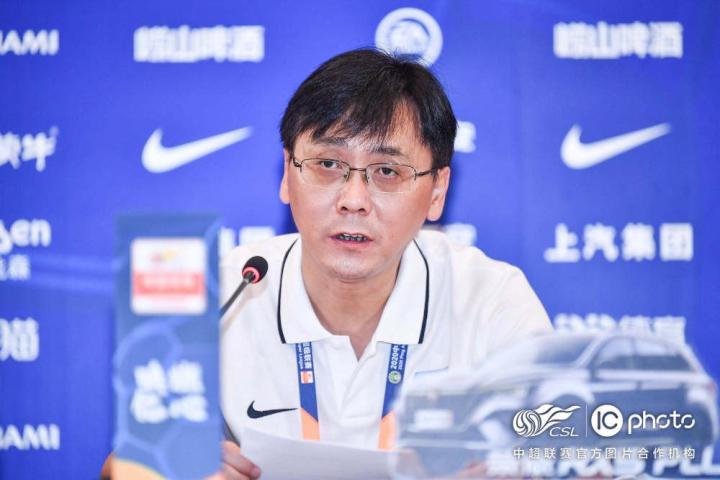 The epidemic prevention measures in the Dalian Division of the Chinese Super League are not only strictly enforced, but also amazingly detailed. News officer Ma Xiaowei has personal experience of this. Since the start of the Super League for more than two months, the Dalian Division has distributed more than 260 sets of disposable protective clothing, and Ma Xiaowei has used one. He was injured at work once and was forced to wear protective clothing out of the blue zone to the hospital for examination.

He said: “A car in the blue zone drove me to a designated hospital. I was wearing protective clothing and gloves, wearing an N95 mask, covered tightly from top to bottom, and got out of the car directly into the green channel. There was only one in the whole process. Accompanied by a doctor wearing protective clothing. After the test is over, before getting on the car, I take off the protective clothing and gloves, and put on a new mask and gloves to get on the car. While the driver is waiting, the windows cannot be opened or get off the car. The outer loop is closed. We do not give the virus any opportunity." 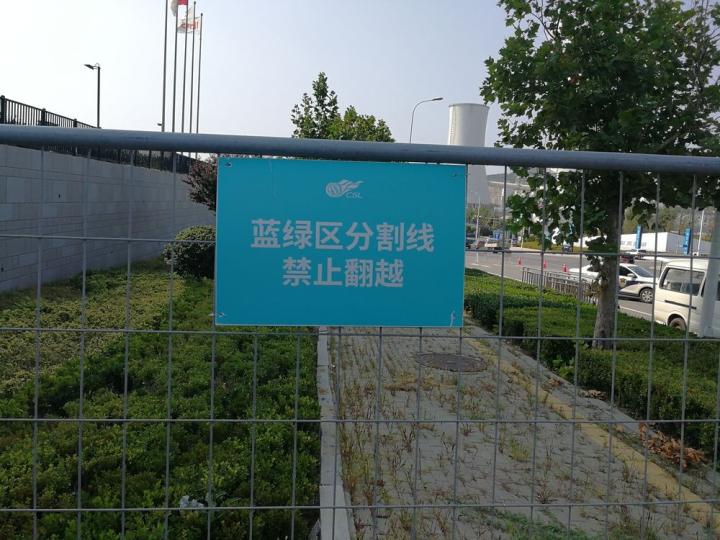 Guo Bingyan said that the Chinese Football Association began preparations for the league in mid-May this year and made the first version of the epidemic prevention regulations. Later, the draft was revised more than a dozen times, and finally a set of meticulous and strict epidemic prevention measures was formed. Finally, epidemic prevention expert Zhang Wenhong The professor approved it.

"We simulated a lot of scenarios in advance, and strived to think of all possible things ahead." Guo Bingyan said, "Everything is predicated. 70% of the scenarios we envisioned later happened because we thought of it in advance, so we can Respond calmly. For example, if there is a case where the human body temperature exceeds 37.3 degrees in the blue zone, we have made a detailed plan. As a result, during the recurrence of the Dalian epidemic, a team member's temperature exceeded 37.3 degrees, and we immediately activated the relevant plan. The hospital diagnosed that his temperature was increased due to sudden acute enteritis."

The blue area personnel of the Dalian Division have a copy of the "2020 Chinese Football Association Super League Epidemic Prevention and Control Manual", which has detailed epidemic prevention requirements for participants, staff, catering and accommodation, and stadium training grounds. Guo Bingyan said: "This manual has gathered the hard work and wisdom of many people."

On July 22, three days before the opening of the Chinese Super League, an epidemic occurred in Dalian. Guo Bingyan said frankly that he and his team were indeed nervous. An insider revealed that many staff members who have been busy preparing for the league for many days were worried and even collapsed. Chen Xuyuan, who rushed to Dalian on the 23rd, was very firm. He said that the staff who picked up the plane should not panic and have confidence in the Chinese Super League's epidemic prevention plan. According to the plan, we can definitely achieve the goal of zero infection. The leaders of Dalian City also coincided with Chen Xuyuan, and finally realized that in the city where the epidemic occurred, the strict implementation of the epidemic prevention regulations was carried out and the Chinese Super League was successfully promoted. At the end of the opening ceremony of the Dalian Division, when the referee blew the whistle of the first game, many football associations and the staff of the Dalian Division were full of emotions and it was difficult to calm down. 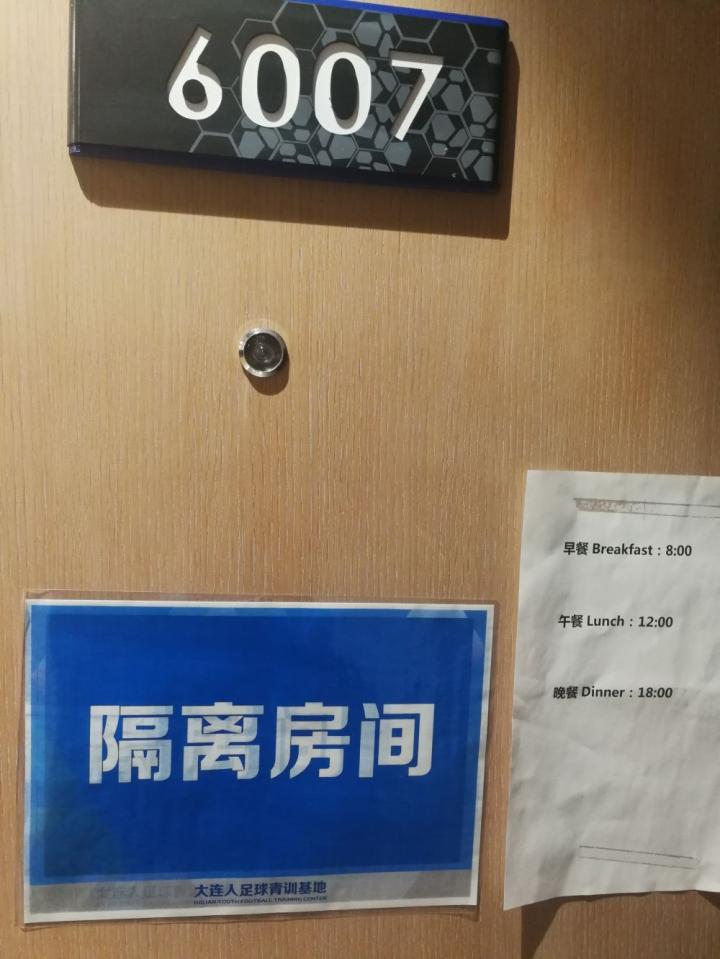 There is a bulletin board next to the gate of Crowne Plaza Dalian Blue Zone with two documents posted on it: "Notice on Further Strengthening the Express Management of the Blue Zone Hotel in the Chinese Super League" and "Notice on Continued Strengthening of the Express Management in the Dalian Division of the 2020 Chinese Super League". The two documents were issued on July 29 and September 5 respectively. The management of express delivery in and out of the blue zone has been carefully regulated. 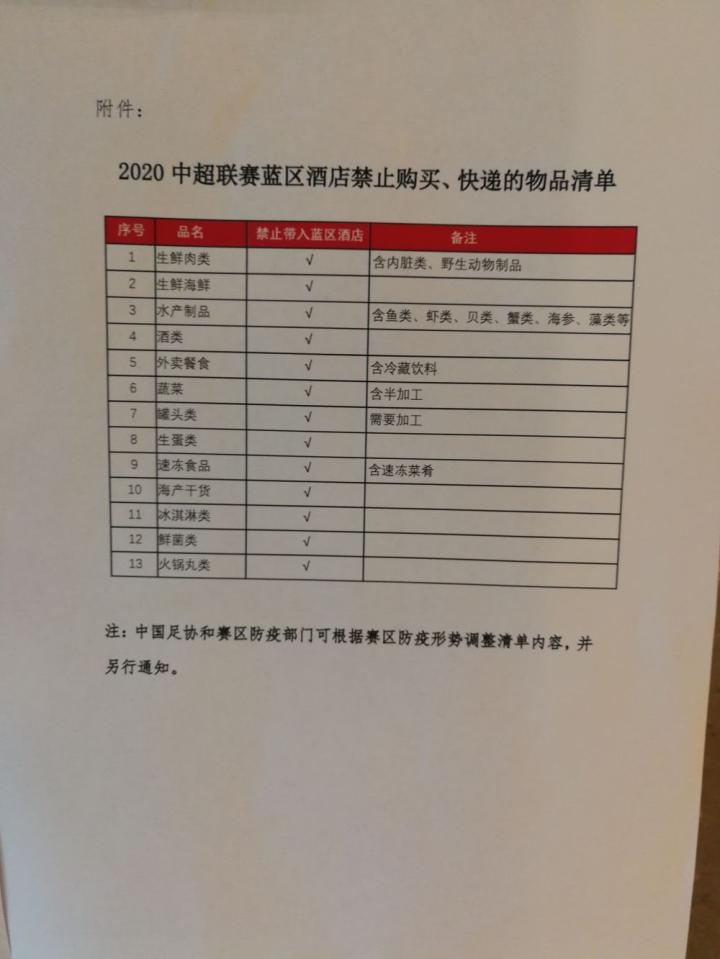 Guo Bingyan said that there was only one incident that they did not anticipate in the epidemic prevention work in Dalian. "We have a stadium in Jinzhou, Dalian. From the hotel, we have to take the expressway, which involves paying high-speed tolls." He said, "But after all 8 club teams arrived in the competition area, we found that there were three club buses. There is no ETC (Electronic Toll Collection System) installed. We didn’t expect this beforehand. If the team’s bus is over high-speed manual payment, it will come into contact with the outside world, destroying our closed-loop system of epidemic prevention and control. Therefore, we are urgently related to Dalian Contacted, they sent someone to enter the blue zone after nucleic acid testing and isolation, and helped us install ETC."

When introducing a reporter from Xinhua News Agency about the epidemic prevention work in Dalian, Guo Bingyan expressed his gratitude to Dalian and participating clubs for their full support and cooperation. He said: "Dalian has provided us with perfect cooperation and support in all aspects, and this has resulted in our successful epidemic prevention in the Dalian Division of the first stage of the Chinese Super League."

The first stage of the Dalian Division of the Chinese Super League ended on the 27th. At noon on the 28th, the Crowne Plaza Hotel will lift its isolation and officially open to the outside world. At this time, Guo Bingyan and his 17-member team should have returned home, or are on their way home. They have not been home for at least 70 days. During this period, they organized 124 press conferences, accepted 11 rounds of nucleic acid tests, distributed more than 17,000 pairs of disposable gloves, more than 10,000 disposable masks, and about 1,700 N95 masks.

"We just did what we should do." Guo Bingyan said. On October 8th, they will return to Dalian, as Guo Bingyan said, "We must continue to tighten the strings", preparing for the second stage of the Chinese Super League starting on the 16th, until the end of the Japanese league on November 12.